The Struggle to Save a House of Music, and Its Legacy

For decades, the Tangier home of Abdellah El Gourd has been a wellspring of the Gnawa musical tradition and a place of pilgrimage for jazz performers. But it has fallen into deep disrepair.,

TANGIER, Morocco — For more than a half-century, a Moorish-style house in the old city of Tangier considered one of Morocco’s cultural gems drew musicians and other artists from around the world seeking to learn about the Sufi music and rituals of the descendants of slaves in the country.

But the one-of-a-kind center for traditional Gnawa music was abandoned early this year because it was in danger of collapse, and long delays to restore it as part of a government rehabilitation plan for this city on Morocco’s northern coast put its future in peril.

The battle to save Dar Gnawa, or the Gnawa House, has shed light on just how precious and precarious traditional talents are in the North African kingdom.

Abdellah El Gourd, 75 and a world-renowned master of Gnawa music, has lived in the historic house since he was 5. Over the past decades, he hosted and collaborated with an array of acclaimed jazz musicians from around the globe. 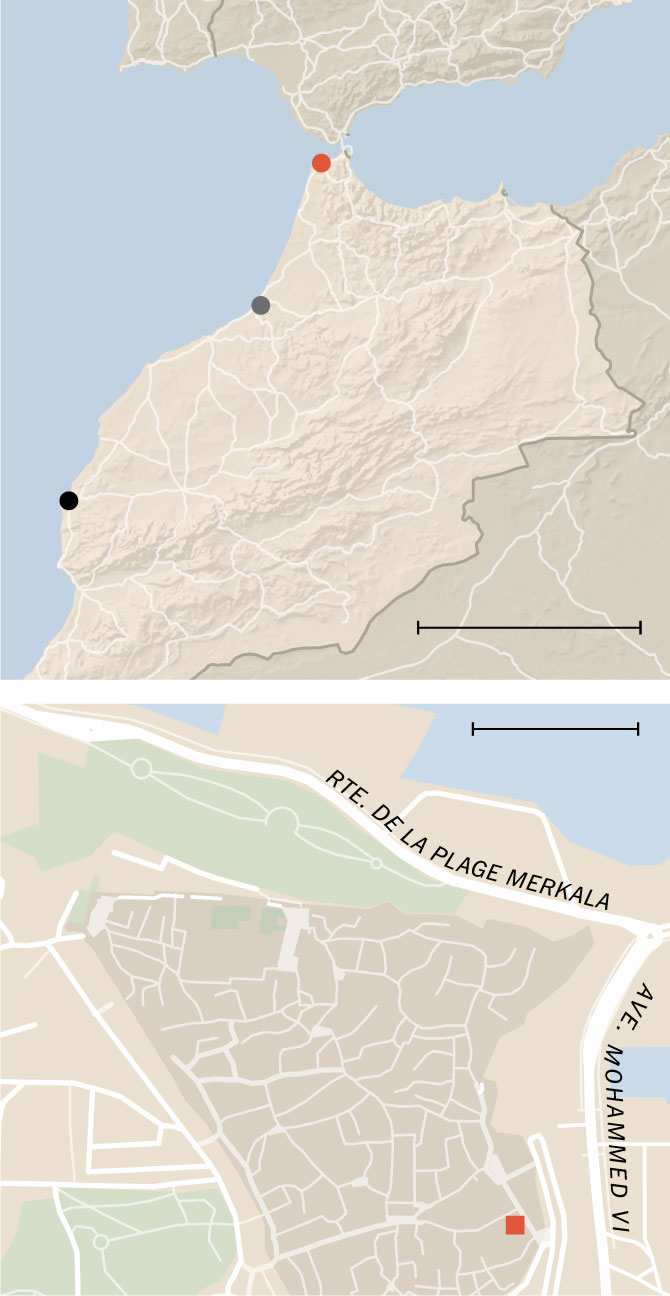 “Dar Gnawa is not only an institution that celebrates the music of former slaves in North Africa, but it is also a focal point for the rise of jazz on the African continent,” said Hisham Aidi, a professor of international relations at Columbia University who grew up in the old city of Tangier and has been part of efforts to save the space.

“As teenagers, we would stop by Dar Gnawa after school, and you never knew who you would find there. It could be saxophonist Archie Shepp, poet Ted Joans or a European musician playing with El Gourd’s troupe,” he added. “We had no idea who these artists were, but we were captivated by the performances.”

Gnawa music is a tradition that originated with enslaved West Africans who were taken north to Morocco. It is among the rituals they held onto, praising saints and spirits with rhythmic song, dance and trance possession.

The instruments involved are few and simple: a three-string fretless lute known as the gimbri or sintir, which is strummed, accompanied by large metal castanets called qraqeb, whose clacking create trance-inducing rhythms. The music is sometimes played during all-night healing ceremonies where exorcisms are performed on the sick to expel the djinn, or evil spirits, believed to cause illness.

The laid-back town of Essaouira on Morocco’s Atlantic coast hosts an annual Gnawa festival, which has been attended in past years by notable international musicians such as Ziggy Marley. In 2019, UNESCO added Gnawa to its Intangible Cultural Heritage of Humanity list.

In 1980, the Gnawa House became the first officially recognized center devoted to celebrating and preserving the genre. But long before that, it served as a meeting place for artists starting in the 1960s.

Unlike other Moroccan cities, Tangier did not have many cultural centers for young artists, so Mr. El Gourd took it upon himself to create a space that he hoped would ensure his art form would not disappear. Over the years, the house became one of the few places in the country to practice and learn Gnawa music.

Born into a family of Gnawa practitioners, Mr. El Gourd is now fighting not only for his house, but for his legacy.

In 1967, he met the esteemed American pianist Randy Weston, who lived in Tangier for a couple of decades. Mr. Weston’s music and scholarship advanced the idea — now broadly accepted — that jazz is, at its core, African music.

For years, Mr. Weston played with Mr. El Gourd in the Gnawa House in Tangier before they toured the world together. They collaborated on multiple recordings, including the 1992 Grammy-nominated “Gnawa Musicians of Morocco.”

Over the years, Mr. El Gourd met and performed with many other acclaimed jazz musicians as well, including Dexter Gordon, Odetta and Billy Harper.

“I went with Randy to Morocco, and since then, we have become a family,” Fatoumata Weston, the pianist’s widow, said of Mr. El Gourd. “He’s a big artist. He’s someone who never asks for anything,” she added.

“When a great artist like him has problems, we must help him. He was the ambassador of Morocco across the world.”

She, Mr. Aidi and others credited Mr. El Gourd and Mr. Weston, who died in 2018, with inspiring the fusion of Gnawa and jazz music.

The Gnawa House is a mixture of architectural genres — a reflection of Tangier’s rich international history. A Moroccan door opens into a small chamber that leads to an interior courtyard. An Italian marble stairwell is tiled in the Moroccan mosaic style known as zellij, while the rest of the house features Spanish and Portuguese tiles and Italian doors.

The top floor, with its high ceilings, overlooks the seaport of Tangier.

Mr. El Gourd owns the house and lived with his family on the second and third floors for decades while visitors downstairs joined improvised jam sessions and celebratory musical gatherings, much to the delight of the neighborhood.

But the family moved out in February so the house could be renovated as part of a state plan conceived two years ago to restore the entire old city of Tangier, where dozens of houses were in danger of collapsing. While Mr. El Gourd was away, a neighbor knocked down a wall and annexed part of the house. Tiles and chandeliers were stolen.

Despite his fame, Mr. El Gourd said his financial situation was precarious, but the state had promised to transfer funds to him to restore his decaying house. However, those funds were delayed for many months, and in turn, so were the renovations, increasing the risk that the house would crumble.

“Whenever I ask, they say: ‘Wait a bit. Wait a bit.’ But nothing has been done,” Mr. El Gourd, a calm and composed man who carefully chooses his words, said during a recent visit to his house, referring to his conversations with the local authorities. “I don’t know how I survived these last months.”

When reached for comment, the authorities in Tangier promised that the renovation of Mr. El Gourd’s house would be a top priority. Then, after more than six months of delays, the renovations finally began this month, and there are high hopes that the house can be salvaged.

More generally, many in Morocco see the rehabilitation plan for the old city as the latest assault on Tangier’s cultural heritage amid a surge of construction across the city over the past two decades. Dozens of historic buildings have been demolished to make way for apartments, including some of the earliest cinemas on the African continent.

In 2010, Benchimol Hospital, a historic Jewish institution that figures in many writings about the city, was razed.

In Mr. El Gourd’s office, a restored morgue, the piled-up furniture moved from Gnawa House occupies half of the space, and the walls are decorated with dozens of photographs of world musicians he has collaborated with. He reminisced about the glorious times in his career.

“I could be living the life in New York,” he said. “Sometimes I get so tired that I just think I should leave.”

He Won the Nobel. Why Are His Books So Hard to Find?